How common is Class A drug use in our Day Nurseries?

This is the second time we’ve written about drug use in Nurseries. Back in April 2017 we wrote about how common it was for staff to smoke cannabis.

Now we need to face another ‘elephant in the room’. We all know that many people in society take Class A drugs recreationally. If the percentages are that many people do it in society, I am afraid there’s a good chance those people are in employment and could work for you.

We often recommend drug testing for employers where the nature of what they do could present a real danger to Health & Safety. For example people working on the railways or in construction.

However, in general employment we do not recommend drug testing. We trust that our employees aren’t under the influence of anything more than strong coffee. But is this realistic?

According to the graph below from the Home Office, the usage of Class A drugs between 16-24 year olds is at 9%. That’s nearly 1 in 10 of the 16-24 year old population. On that basis the chances are that there may be young adults in your setting who take Class A drugs.

So, what can you do?

Well if you suspect your member of staff has reported to work under the influence of Class A drugs you can suspend and send them home. You do not need to know its drugs, you just need to believe it is. You would then investigate the allegation, that may involve taking statements from any witnesses or people with information, and speaking to the employee themselves. Caring for children and being under the influence of drugs is a serious conduct issue and can lead to dismissal for gross misconduct.

If you believe you employ someone who uses Class A drugs but is not turning up for work under the influence we still recommend you investigate and treat as serious misconduct. They may also need to be suspended and they may be unsuitable to work with children.

Remember people can and do consume drugs at work. We’ve had a suspicious white powder found on the cistern lid of a Day Nursery. It was cleaned by the Nursery Manager before the employer could investigate. Don’t fear speaking to the local police station if this happens and seek their advice.

if you need any assistance with managing your employees, please do not hesitate to contact us on 01527 909436. 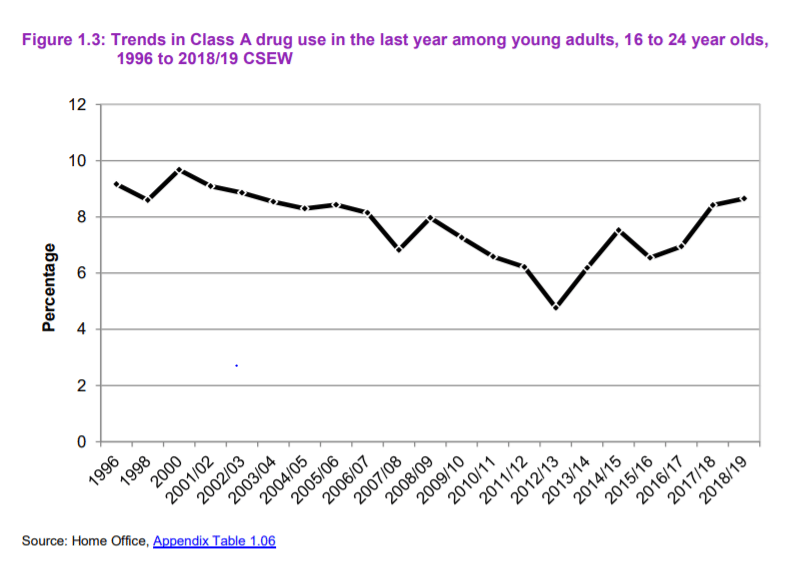 This site uses Akismet to reduce spam. Learn how your comment data is processed.

HR for Early Years
5.0
Based on 29 reviews
powered by Facebook

Jayne White
2020-06-05T15:24:44+0000
Imogen is so friendly, knowledgeable and provides clear and down to earth advice. I took advantage of the 30 minute... consultation to speak in detail about our HR issues. Furlough has raised many questions but Imogen gave me the confidence to deal with them effectively. Thank You :)read more

Whitney Daly
2019-05-17T16:50:27+0000
Imogen and her team are absolutely incredible at what they do. They are very knowledgeable and will always help no... matter what the time of day. I have had several phone/email conversations with Imogen and her team and I can honestly say they take away the stress of any problem you may have. Imogen has taught me a lot and is always willing to help. I will forever be grateful for Redwing best decision I ever made using them.read more

Terri Marie Corrigan
2018-09-16T17:21:01+0000
5 stars! Imogen is very friendly, professional and extremely helpful! Taking time out of her weekends for support and... advice which has been very useful! Thanks againread more

Vikki Marie
2018-08-01T09:58:00+0000
Speedy response to a question I had regarding a situation within my workplace. Very professional and have some great... advise which has helped my head be less fuzzy! Thank youread more

Vicky Phillips
2017-03-11T08:55:32+0000
Amazing help and very quick response even early on a Saturday morning ! Strongly recommend anyone with any problem to... get in touch for help and advice. Thank you so much for your time xxread more

Teri Phillpot
2016-11-17T16:50:07+0000
Imogen has guided me through a tricky employment situation that I had been losing sleepless night over. Thanks to her... help it is now resolved.read more

Charlie Berrow
2015-11-29T11:22:22+0000
Imogen was able to help us out at short notice over a tricky employment issue that we had no previous experience in... dealing with. It was a very stressful time, not knowing what we would do. Having someone to communicate with over the weekend and early morning was very reassuring. We found Imogen to be very knowledgeable and intuitive in the advice she gave. Imogen has also updated our Contracts of Employment. We feel these are more professional and now include sections we would not have thought about ourselves. It it great to know that Imogen is on hand should we need further advice in the future.read more

Nikki J Smith
2015-09-13T12:36:01+0000
Needed a pregnancy risk assessment for a newly pregnant member of staff as we had never experienced this before and... Imogen was able to help by providing one which looks easy to use and review as the pregnancy progresses. Thanks Imogen!read more

Pam Halligan
2014-09-30T10:11:27+0000
Imogen has helped us produce up to date Staff Handbooks and Contracts of Employment. Always a professional and high... quality serviceread more